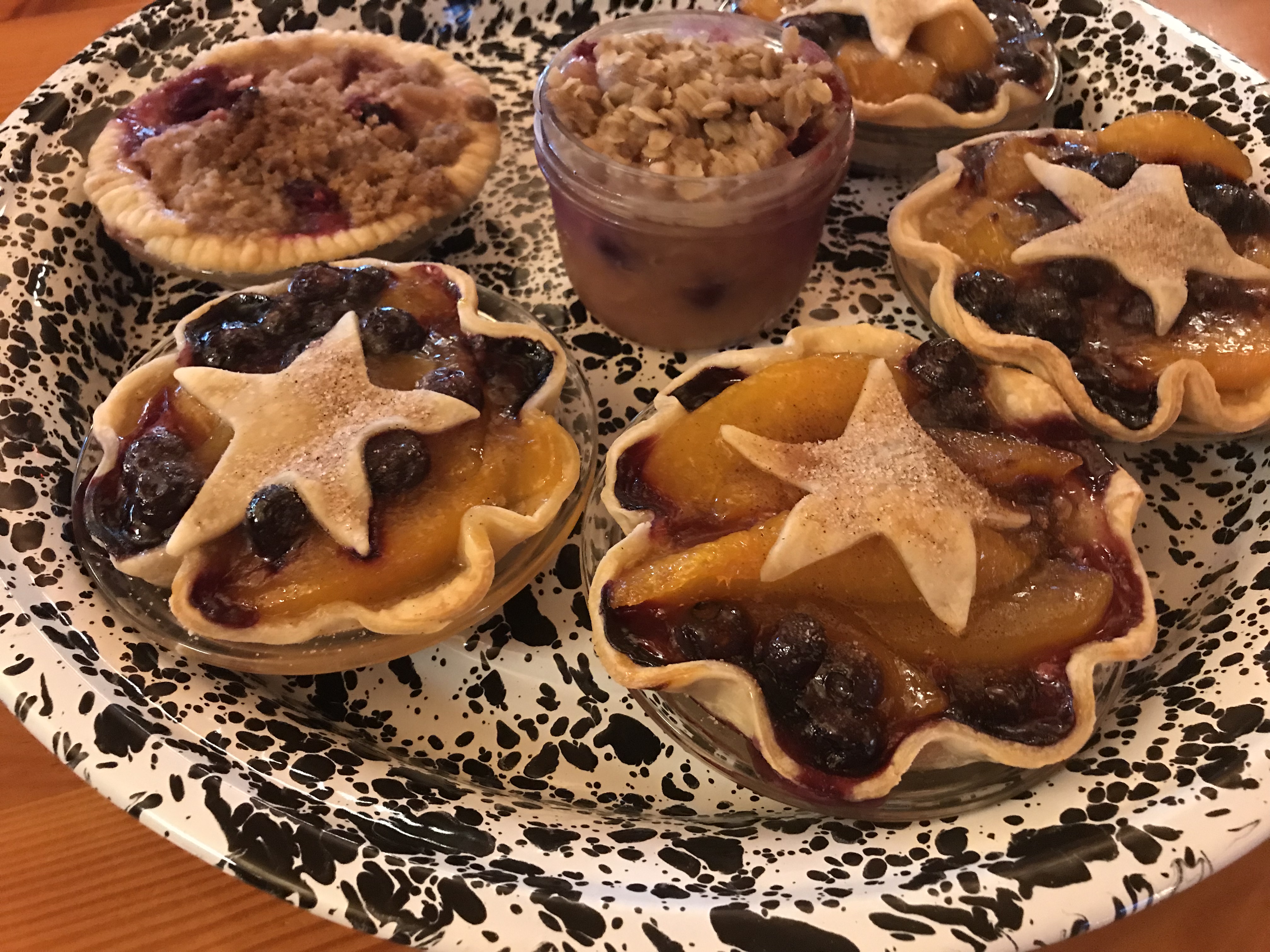 Tall Boys is far more than a tavern. It has the ambience of a local gathering place, and yet you’ll find a wide selection of spirits and brews to please just about everyone. Montana-made is key here and touted proudly on tables, but the variety of beverages is extensive.

I stopped at Tall Boys Tavern late in the afternoon one day last week. I debated about a sandwich before I ordered pie but decided I’d just go straight for what I came for!

I had tough choices to make – blueberry peach or cran-apple.

Cranberries are a favorite of mine but more than anything, the blueberry peach had a special meaning for me.

I remember my Mom making peach pies, lots of peach pies, when the fruit trucks were stopped in my hometown. It was almost a production line with our neighbor, and the kitchen was filled with flour, rolling pins, bowls of cut and sliced fruit, and stacks of pie tins and glass pie plates. They split the finished products, froze them individually and stacked them neatly in their freezers. When a friend stopped in for an unexpected visit, the oven would go on, a pie would go in and after an hour and 15 minutes of visiting, warm pie was enjoyed. So…yes…I opted for peach, enhanced with luscious blueberries.

My plan was to NOT have ice cream but I’m glad I did!

I put the dish of ice cream on the edge of the plate so I wouldn’t be so tempted to eat it and then decided it made a fun photo. Of course, it also would have been fun to have the ice cream gradually melting all over the crust, berries and peaches, but you wouldn’t have seen the beautiful crust design. Next, I hadn’t planned to eat it all but after the first bite I wasn’t going to leave anything behind. One yummy blueberry peach pie with vanilla ice cream consumed. Mission accomplished!

I had never had blueberry peach pie but what a creation! Of course, it was beautiful for photos but the combination of textures and flavors made it over-the-top delicious.

On Central Montana’s Pie a la Road trail, Tall Boys is the first place to have individual pies (one-serving size) on their menu. I asked the owner if that wasn’t a lot more work and she said it wasn’t.

The presentation with the gently folded pie crust and cutout star was the most tempting I had ever seen.

I suspect my new pie secret will be out soon.