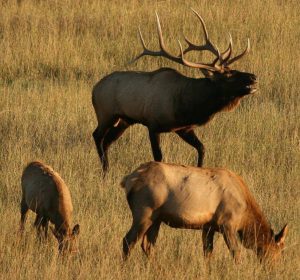 An above average elk harvest along the Rocky Mountain Front (from the Teton River south to Highway 200) was attributed to a strong elk population. In recent years numbers have declined so this was great news.

The Augusta, Montana check point station saw elk hunters bring in 463 animals and that included 122 bulls, 286 cows and 55 calves. That’s just in a five week rifle season and it was well above the ten-year average of 281 elk.

Throughout a lot of Central Montana temps were very mild during hunting season. I’m sure that attributed to difficult or unsuccessful hunting (my son will confirm that!).

Along the Rocky Mountain Front though, an early cold spell, followed by a second cold burst helped move animals so that hunters could access them better. 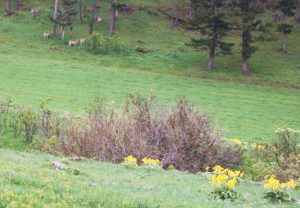 Antelope and mule deer numbers were down due to a harsh winter with lots of ice last year. Let’s hope that population springs back.

This year’s big game hunting season is over. As I told my son, next year is another chance and…you have to count that time spent outdoors as one great vacation from day to day living.