Shelby Chamber of Commerce recently had their annual banquet to recognize the leaders of this northern Montana town with 3100 population. Hats off to the Chamber leading this small town on the Hi-Line. You could say Shelby hits above its weight class when it comes to the business community.

As I sat at the table enjoying the corned beef and cabbage, this nice man sitting next to me struck up a conversation. After exchanging general pleasantries, the man, who’s second career was driving a school bus and was married to the former Chamber of Commerce director, began giving me the highlights of Shelby, Mt. He first talked about the Carousel, then the Roxy Theater, the Hi-Line and then he asked me if I knew about the Championship boxing match that happened in Shelby and that was commemorated in Champions Park, just a few blocks from the Elks, the site of the Chamber’s event. My interest was peaked as he handed the conversation off to his wife, who began to give me the highlights. I felt like I was listening to Howard Cosell give a play by play. I had to learn more about this event, which happened in Shelby nearly 100 years ago. 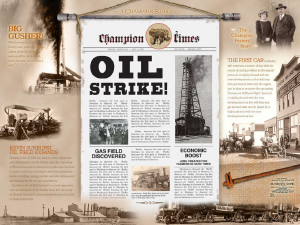 Just as today’s Shelby business leaders were highlighting their vision for their community, the same happened in the spring of 1923. Coming off the recent discovery of oil hope was high in Shelby but the recent, harsh winter led to declining real-estate sales and the town’s prospects were fading of becoming the “Tulsa of the West.”  Just as today’s leaders were devising plans to grow Shelby, two business leaders, Body Johnson, the son of the mayor and business partner, Mel McCutcheon were coming up with a plan that, if successful, would put more than 40,000 affluent boxing fans smack dab in the middle of Shelby, Montana.

Johnson, looking at a Great Falls Tribune sports section, noted that someone in Montreal had offered Kearns, the manager of heavyweight champion Jack Dempsey, $100,000 to fight there. The men had a plan, offer Dempsey $200,000, equivalent to $2.1 million today, to defend his world heavyweight championship title in their city on July 4. Shelby sent a small delegation to New York to negotiate with Dempsey’s manager Doc Kearns, they returned with a commitment for the fight between Jack Dempsey and challenger Tommy Gibbons but the price tag was $300,000.

That’s how it started, now nearly 100 years later, although I had never heard the story, it is now one of the best sports stories I have ever heard, and according to the Internet, it remains one of the most colorful sports stories of the early 20th century.

legend of Shelby, the town of 2500 that built a 40,000 seat stadium for a fight that drew 12,000 people and in the end, broke a few banks and some hearts as well.  So let’s consider how a 40,000 seat stadium compares to today’s University of Montana’s football stadium. Even when Montana State comes to town for the annual Brawl of the Wild, there are only 25,217 people in the stadium, which would be Montana’s 7th largest city.

In the imaginations of Shelby’s leaders, fight fans would come by plane, trains and automobiles from across the country to see the great Jack Dempsey. History showed them Dempsey drew 80,000 in New Jersey and 135,000 in Milwaukee. Shelby had less than two months to prepare.

On May 19, 46 days before the fight, architect E.H. Keane’s vision began to rise from the field where the Pizza Hut and Hotel Shelby sit today. More than 1 million board feet of lumber from Kalispell and 200 carpenters were used to construct a massive open-air arena, all for a cost of $82,000.

According to Jeff Welch’s article in 406sports.com, the Great Northern laid 35 miles of siding for chartered passenger trains. Hotels and dozens of other buildings were hastily erected for the expected throng, including a media center that today serves as City Hall. Package tours with travel by steamship to Seattle and train to Shelby were offered.

Dempsey rented a home and trained in Great Falls for a month. Gibbons did the same in Shelby and charged 50 cents to watch his sparring, his choice of venues endearing him to locals. Both fought exhibition matches.

As the bout neared, Shelby had $500,000 in committed reservations and 26 passenger trains on the schedule. Trouble was, Shelby also was struggling to scare up the final $100,000 of its up-front guarantee, at one point even offering Kearns 50,000 sheep in lieu of cash. Kearns at first threatened to cancel — and finally did just that three days before the fight.

Newspapers from New York, Chicago and Los Angeles jumped on the story and Shelby’s anticipated national spotlight started to go dark overnight. Fans canceled flights, trains and steamship reservations; cars turned around. Dempsey finally publicly announced he would be fighting in Shelby, he had 300,000 reasons to fight. But it was too late for Shelby, Montana.

On fight day, July 4, 1923, only a few trains arrived, the 35 miles of extra track wasn’t needed; 30,000 of the 40,000 seats weren’t needed either. Discounted tickets didn’t work, tickets weren’t necessary as Montanans found their place in the stands. They saw one heck of a fight.

Author Randy Roberts, in his book, “Jack Dempsey–The Manassa Mauler,” described the composition of the crowd as “a mix of oil millionaires, Blackfoot Indians, cowboys, shepherds, hookers and sportswriters.”

No one had ever gone the distance with Dempsey but Tommy Gibbons did. Gibbons took Dempsey 15 rounds on the hot July 4th day, it was the only time anyone would go the distance with Dempsey. Dempsey would be victorious. There is film of the fight on Youtube. That film is part of the Shelby story. Kearns, knowing the interstate transportation of boxing films was illegal, gave all future film revenues to the promoters. They later learned that was just another scam in Kearns’ bag of tricks.

After the fight, Dempsey and his manager jumped on an awaiting train and got out of town. With them were two large bags of cash, said to be nearly $80,000 in cash from the gate; he held the bags tight during their stay in Great Falls and on the train bound for Seattle. Gibbons was paid only $7500 but quickly parlayed his toughness in a traveling vaudeville show. According to his son, Gibbons, who later served as sheriff in Minnesota, made over $50,000 in the fight.

The same couldn’t be said for Shelby. Two banks closed. The Stanton Trust & Savings Bank of Great Falls, and the First State Bank of Shelby. It was ironic as the big award of Shelby’s modern day Chamber event went to a bank. I would have loved to talk with him about his bank and the relationship to the fight on that fateful day. I digress. Johnson lost $169,000 because of the fight, according to his son. As you can imagine, he, along with many others tied to Shelby, think Kearns was

Today, the event hailed as boxing’s most historical event is remembered as the “The fight that won’t stay dead.” Situated near the railroad tracks is Championship Park. It’s definitely worth the drive and time to walk through it. You can almost hear the announcer, the bell and the crook that was Kearns.

Next year will be the 100th year anniversary of the fight. Champions Park’s website says, “The legend of Shelby will live on in Champions Park commemorating the 1923 fight, the historic events leading to the fight and the fortitude and strength in the survival of the community.”

The business leaders of Shelby, the same leaders that gathered on St. Patrick’s Day to announce their efforts to for a bright future, have done a wonderful job highlighting the past.

Shelby still packs a punch. My guess is there won’t be a boxing match anytime soon and the banks will stay out of the boxing promotion business. You could use other boxing terms to describe modern day Shelby. They got knocked down, but didn’t quit. Boxing fans, sports fans, underdog fans, American pride fans, you will all gain something from Champions Park in Shelby.