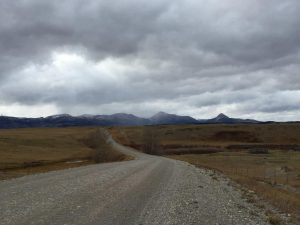 Well, there is a story about me going to Swift Dam west of Dupuyer, Montana!

Many years ago I had never heard of Swift Dam. Everytime someone mentioned it I became more intrigued and decided I was going to go.

However, I wasn’t sure how to get there.

I was told the road was iffy.

Then, when I was in the area the weather was looking like a storm and I was advised to not go until it passed.

Finally, the stars aligned, I was in the area and a friend said “let’s drive up to Swift Dam”. I was elated! The sky was a little “moody” with dark clouds rolling in every now and then but that just made my photos have some powerful effects. 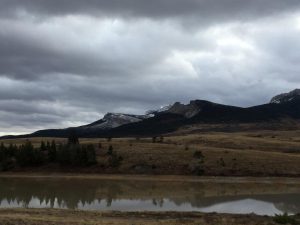 We drove north of Dupuyer, probably only about a half mile, then turned left (west) and headed directly towards the Rocky Mountain Front on a good gravel road. The terrain was open, but front and center was the imposing East Slope of the Rockies.

I saw a few cattle grazing, also deer and some grouse that caught me off guard when I was taking a photo. I scared them, they scared me!

My friend was driving her pickup and I probably asked her to stop about 20 times so I could take photos. It is about 17 miles from US Hwy 89 to the trailhead/community maintained campground before you get to the dam so that’s more than one stop per mile! 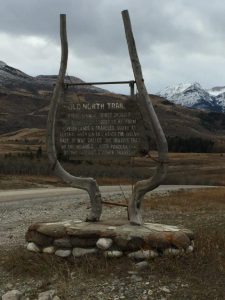 Bob Marshall Wilderness. The campground is maintained by folks from nearby Dupuyer. There is a small building there and quite a few campsites nestled in a gorgeous area.

There is a sign or marker about the Old North Trail that existed probably 25,000 years ago. The Blackfeet Indians used the trail to travel down the east side of the mountains for trade and also to travel from their northern hunting grounds to southern winter encampments. You’ll see markers along this trail that hugs the mountain range.

We crossed Birch Creek which was almost nonexistent this time of year and started to slowly climb up to the dam and Swift Reservoir. The face of the dam is impressive to see although this time of year there wasn’t much water going over it. The reservoir was also low.

Swift Dam gave out in 1964 and the area suffered a catastrophic flood. When you see the terrain it is scary to think how fast the water would have moved 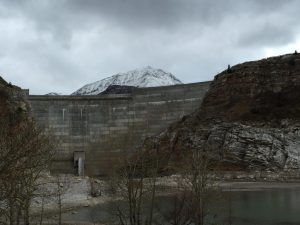 when the dam broke. The operating gates of the dam were repaired in 1967 and they are currently slated for $150,000 worth of maintenance after 50 years.

The drive to and from Swift Dam was more than just a bucket list item for me. The scenery was stunning, views were amazing and I learned history of the area and the dam.