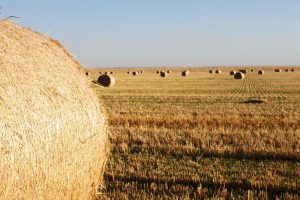 I was on the road yesterday, headed to the small community of Geraldine.

My departure from Great Falls was early, mostly because I had tons of work to get done but it also gave me the best photography light of the day.

Just a few miles east of Great Falls I turned on to the Highwood Road.

It’s harvest and haying time so I noticed more traffic than usual, which still isn’t much! The sunlight was hitting these haybales perfectly so my first stop of the day was to get a photo of them.

From Great Falls to Highwood is about 20 paved miles and in that short time the terrain changes several times.

When you leave Great Falls the scenery is mostly wheat fields. You can clearly see the Highwood Mountains and also the Little Belt Mountains in the distance forming nice backdrops.

The first town you come to is Highwood and it seems to be in two areas – one where the Highwood Creek runs and one up higher that straddles a hillside (where the football field is). That’s worth noting because six man football is BIG here. 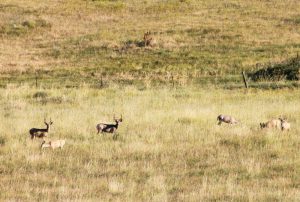 As I left Highwood I passed quite a few waterfowl. I didn’t have my bird identification book but my son said they were probably wood ducks.

Just beyond that there were some hayfields and I saw this nice gathering of deer having breakfast.

If I was writing a photo caption for this I’d say “Alert Bucks”. The female deer seemed to be grazing and not paying attention to me. The bucks kept their eyes fixed on me and my camera.

The hillsides are losing their green color as fall approaches and the deer almost blend in.

I continued driving just a mile or two more, then saw this elevator. Gosh, I must have taken a half dozen photos of it.

As I was walking back to my car a gentleman in a van stopped, rolled down his window and asked if everything was all right. I said yes, I was just taking photos. He said he thought I might have had car trouble. It’s nice to know that people in the area would stop and help if I did need it. 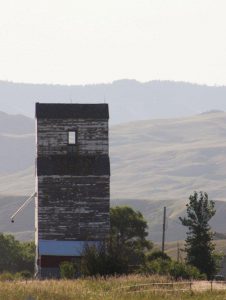 I’m not sure if this elevator is still used but it sure looked regal as I was approaching it.

As I look at the photo now there is absolutely nothing “regal” about it. In fact, it looks pretty weathered!

I checked the odometer in my car and I had gone 25 miles and I had taken 21 photos. At this rate I’ll be late getting to Geraldine!

It had been a beautiful day so far and I was hoping to see more stunning scenery and more wildlife.