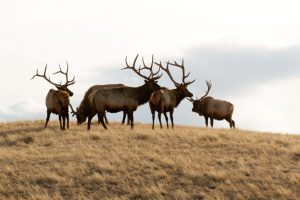 According to Montana Fish, Wildlife and Parks, by the end of the fourth weekend of big game general hunting season, numbers of harvested elk, mule deer and white-tailed deer were below average. True to form, the numbers vary by hunting district with the northwest part of the state actually seeing some higher numbers for deer harvest.

Weather has probably been the main factor in the low numbers. We had such warm temps during the beginning of hunting season (which I thoroughly enjoyed to get yard work done) but it didn’t bring wildlife down from some of the higher elevations.

General deer and elk hunting season runs through December 1st and with our recent cold snap and snow it could sure change things.