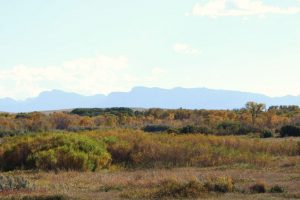 Every now and then, actually quite frequently during the summer, you’ll hear me complaining about highway construction. If I’m not complaining I’m stressing about whether or not I’ll hit construction and be delayed.

Well, I must give kudos where they are do.

A week ago I was traveling south on US Hwy 89. I knew there had been construction there this past summer but it was after work hours and I hoped they were either done with the project or done working for the day.

The project isn’t quite done but I was so amazed to see a roadside pullout every few miles. If I had known I’d discover this I would have tried to figure out if there was a pattern like every 5 miles, every 3 miles etc. The pullouts were probably put where the road and landowner allowed but what a nice touch to an incredibly scenic drive.

Fall weather has been around for a few weeks so deciduous trees were putting on a show.

The sun was beginning to set so I had perfect light for photos. 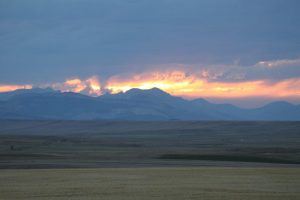 Finally, the sun DID set and I was near another pullout. Score!

Remember to keep your camera and binoculars handy when taking drives in Montana. You’ll be rewarded if you’re on US Hwy 89 between Fairfield and Dupuyer and I bet you’ll be tempted to pull over and enjoy the view.

Thanks to some foresight by highway planners and probably input from area landowners, we have safer roads and we can stop our vehicles without worrying about obstructing traffic.