I’m lucky that my job includes the opportunity to travel and promote all of the amazing things to see and do in central Montana. Three of us recently attended the Bay Area Travel Show in northern California. As we travel to different states it’s interesting to see what people are seeking for vacations to Montana. We had lots of interest from the Bay Area in guest ranches, hiking, dinosaur digs, Glacier and Yellowstone National Parks and … Read more

The Ursuline Conference and Retreat Centre at 2300 Central Avenue in Great Falls is celebrating their 100th birthday this year. The centre was built by the Ursuline Sisters and used to be called the Ursuline Academy. The Ursuline nuns taught girls only when the building was first constructed, then expanded to also teach boys. A Junior College was added to the education offerings in 1932. Harry Tholen, Ursuline director, jokes that he has been at the Centre … Read more

If you’re familiar with central Montana you probably know where Eddie’s Corner is (junction of US Hwys 191 and 87). Just west of the junction on the south side of Hwy 87 is Big Sky Grocery. It’s a new building sitting by itself – can’t miss it! This unique grocery store is operated by two Amish families. As you drive along US 87 you can even see a sign about watching for a horsedrawn buggy in … Read more 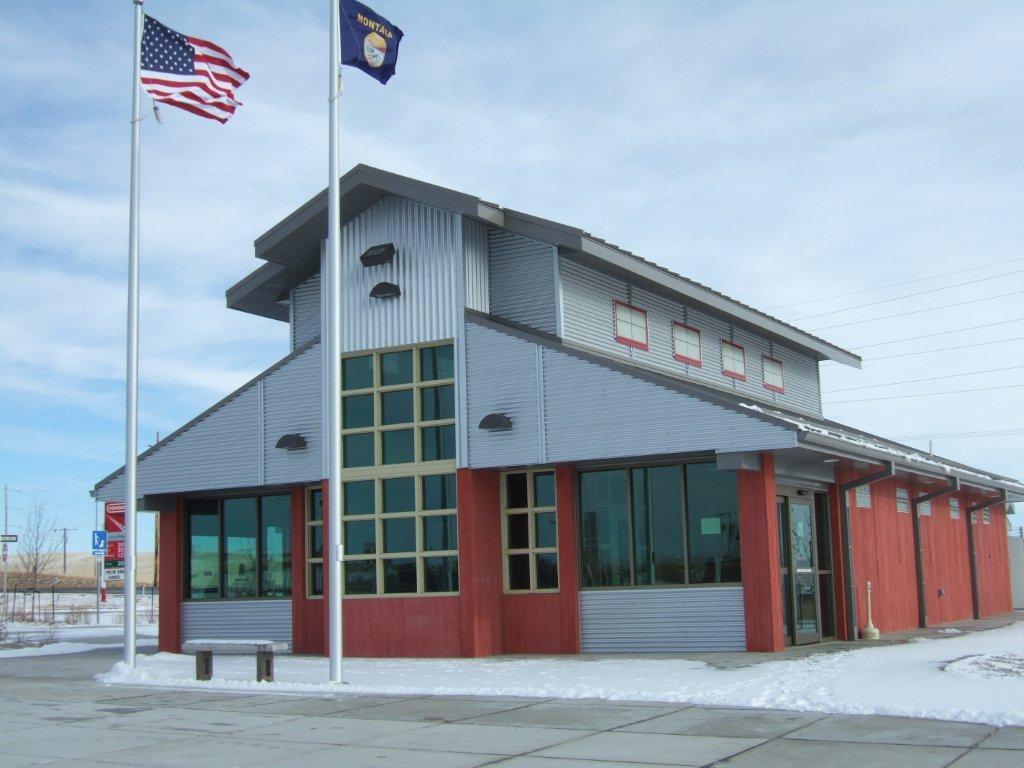 I can’t say that the Dept of Transportation rest area in Harlowton is brand new but it just opened last summer. I haven’t had my camera handy when I’ve been there but this time I was prepared. Harlowton sits near the junction of US Hwys 191 and 12. Right at the junction is a motel, Wade’s Drive Inn and Ray’s Conoco and Western Wear store. And, now there is a beautiful new brick building that is a … Read more

Today I was driving on US Hwy 87 between Great Falls and Havre to visit family. I’ve driven this road so many times I almost have it memorized. Last fall there was a change though – in Big Sandy, MT. The highway goes right through this town of nearly 1,000 people and you slow down to about 30 mph. Across from the rest area and city park there was a new business sign. I’ve been … Read more